But more recently, there is evidence that less exposure to sex hormones increases risk for other aggressive cancers, including osteosarcoma, bladder transitional cell carcinoma, and prostate cancer, lymphoma, and mast cell tumors. So sex hormones may not be all bad, and in fact may be PROTECTIVE again certain cancers.

Osteosarcoma (OSA) is the most common bone cancer in dogs, accounting for about 85% of bone cancer cases. It is very aggressive: 90% of patients will die from the metastasis within the 1st year when amputation is the only treatment. Median survival times for OSA cases with amputation and chemotherapy increase to ten to twelve months, with 20-25% of dogs still alive at two years. I’ve recently written a series on OSA, if you want to read more about them.

Here is the rundown on how spay/neutering seems to influence cancer development:

Purebred dogs who have been spayed or neutered are twice as likely to develop osteosarcoma (bone cancer). 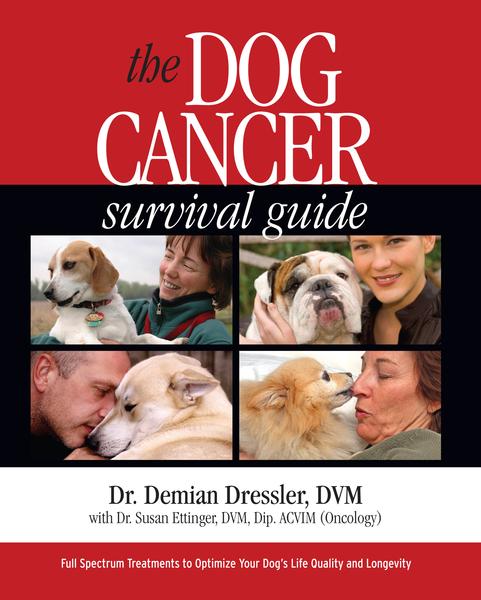 Look in the last section of the book for specific recommendations for each of the most common dog cancers, including osteosarcoma!

The risk is even higher for Rottweilers. One study looked at 683 Rotties and showed that both male and female Rotties who were surgically sterilized before the age of one year had an approximately one in four risk for developing osteosarcoma during their lifetime, while intact Rotties were much less likely to develop the disease. Spayed/neutered Rotties were 4 times more likely to develop OSA.

In a 2002 study, neutered males were 4 times more at risk for prostate cancer than intact males.

Then in 2007, a second study showed castration increases the risk for developing  bladder and prostate cancers by three to four times.

The greatest risk was for prostate transitional cell carcinomas (TCC), with an overall risk of 8.

Spaying has also been shown to increase the risk of lymphoma. Intact females had a significantly lower risk, not just lower than for female spayed dogs, but also lower risk for both intact and castrated males.

Interestingly, in people, women also have a lower risk for lymphoma than men.

For all types of heart tumors, the relative risk for a spayed female was greater than 4 times that for intact female dogs.

For cardiac hemangiosarcoma (HSA), female spayed dogs were greater than 5 times the relative risk than for female intact dogs. Castrated males were also at slightly greater risk than that for intact males.

In the next post, I will discuss 2 brand new studies looking at the possible protective effect of sex hormones for cancer. The 1st study looks at the effect of neutering on both joint disorders and cancers in Golden Retrievers.

The 2nd study looked at sterilization, which found sterilization increased how long the dogs lived, EXCEPT sterilized dogs were more likely to die of cancer (and immune-mediated disease).

We will also discuss some recommendations on when to spay or neuter your dog. (Yes, I still think spay/neuter is a good idea, but when for your dog?)

Spay/neuter and the association with cancer in dogs: part one

Spay/neuter and the association with cancer in dogs: part three